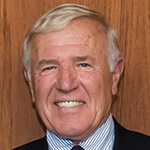 SANTA BARBARA COUNTY – At a special meeting on Tuesday of the County Board of Education, the Board voted to begin the appointment process to fill the vacancy created by the midterm resignation of Dr. Peter MacDougall. After 16 years on the Board, Dr. MacDougall recently announced his resignation. His seat is up for reelection in 2024.

A subcommittee of the Board will meet to review a timeline for the appointment process, finalize an application, and develop interview questions. The application will be shared on the SBCEO website and sbceo.org on or before Monday, Aug. 8, 2022, and will be due on or before Wednesday, Aug. 17, 2022, at 5 pm.

Applicants must reside in the trustee area boundaries that were in place when Dr. MacDougall was last elected, shown on this map: Trustee Area No. 2, covering a portion of Southern Santa Barbara County. The trustee areas have since been redrawn. Today’s boundaries are slightly different.

Selected candidates will be invited to interview. The Board expects to make a provisional appointment at their regularly scheduled Thursday, Sept. 1, 2022 board meeting.

“Dr. MacDougall has been an incredible colleague and invaluable member of the County Board of Education,” said Frost, who has known him for 20 years and worked by his side as volunteers on other boards. “His experience, perspectives, and insights will be greatly missed. We thank and appreciate him for his many years of service to our Board, and for his long-standing commitment to the advancement of public education in Santa Barbara County. He is truly one-of-a-kind, and we wish him and his wife, Leslie, the very best in this next chapter.”

Dr. MacDougall stated that it has been a privilege and honor to serve as a member of the Santa Barbara County Board of Education.

“In my lifetime, I have had the opportunity to lead and volunteer in many capacities in service to students and educators,” he said. “My belief in the power of excellent public education is as strong as it has ever been, but I feel now is the right time to step aside and let others lean into the important work of ensuring that our schools have the support they need to help every student meet their potential as they strive toward college, career, and, a meaningful life ahead. I will miss my friends and colleagues at SBCEO but feel confident that the organization is in excellent hands under the leadership of Dr. Susan Salcido, her team, and my devoted fellow board members.”

“He is the epitome of service and leadership, and we are forever grateful for the time, thought and energy he brought to the County Board of Education,” Dr. Salcido said. “His life’s work is beyond admirable, and we will all miss the wisdom and the experience he brought to his role. His legacy is that of an exceptional leader and generous volunteer. We are all incredibly grateful for his service.”

The recipient of numerous awards, Dr. MacDougall received the Santa Barbara Lifetime Achievement Award, the Anti-Defamation Leagues’ Distinguished Community Service Award, and the Westmont Medal of Honor, to name just a few. He was named one of the Twelve Most Influential People in Santa Barbara by the Chamber of Commerce in 1991. He received the News-Press Lifetime Achievement Award in 1992 and was selected as KEYT-Santa Barbara Foundation’s Man of the Year in 2000. He also received the Westmont Medal, the Robert J. Lagomarsino Award from CSU at Channel Islands, the Chamber of Commerce Volunteer of the Year Award, and the Excellence in Education Award from the College of Education at The Pennsylvania State University.

Growing up in Rhode Island, he served as class president in high school and was selected “All State” as a football player. He was elected president of the student senate at the University of Rhode Island and later served as a Captain in the U.S. Army during the Korean War.